Do you want to remember the magical night sky in all its glory but can’t seem to capture anything that remotely resembles it?

You may think it’s not possible without one of those fancy DSL cameras, but smartphones these days have incredible camera features that let you capture that magical night sky like a pro.

Tip 1: The essential Rule of Thirds

One of the most important photography theories to take well-balanced and interesting shots is the Rule of Thirds. Master this and you’ll not only take great night sky shots, but you will see improvements across all your photography endeavours.

As shown below, the Rule of Thirds involves dividing your shot up using 2 vertical lines and 2 horizontal lines. This grid allows you to position important elements along the lines, or where the points meet. By doing this, the shot is more balanced and draws viewers attention in more naturally to the composition, rather than using the centre where viewers are more likely to just glance at it. Did you know that most phones have a camera setting option to turn on the grid? Have a go and look at framing one-third of the horizon against two-thirds of the night sky. 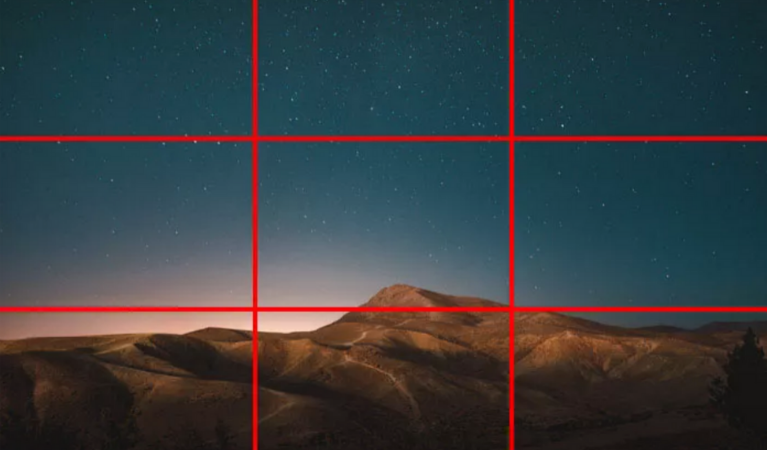 Because the night sky has little light compared to the day, it is harder to capture and often photos look washed out. To fix this, you can use apps that can increase your shutter speed/simulate it. This will allow more light to be captured, enabling more contrast between the stars and the sky. Check out Night Camera app, available on iOS and Android. 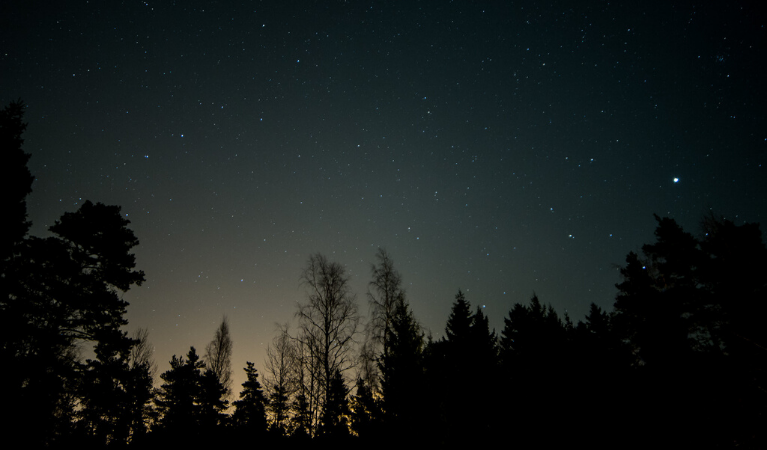 With a longer exposure, there’s more time to get the shakes and end up with a blurry shot. To avoid this you can set up a makeshift tripod and set the camera timer on your phone. Setting a timer will also help if you are just using your hands, as it avoids the shake from when you initially press the capture button. 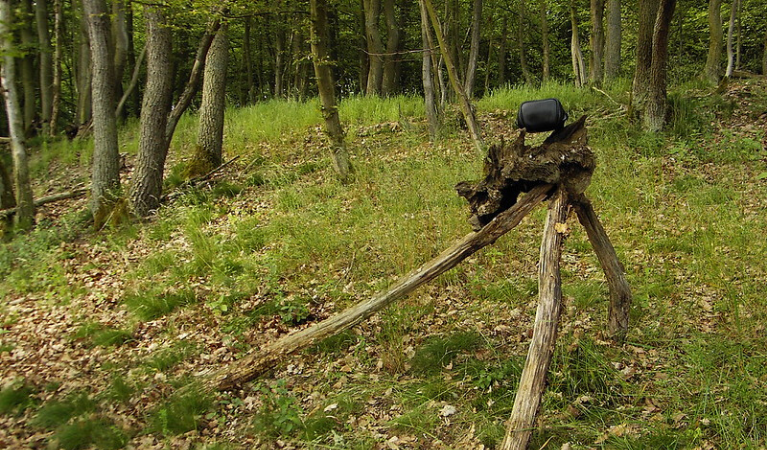 Tip 4: Thanks but no thanks, flash

It seems natural to want to use the flash when taking photos at night, but this is not always the best idea. Turn off the flash to avoid drowning out the faint light of the stars and ending up with a boring black image.

In an attempt to get closer to those far reaching stars, you might think that using the digital zoom could produce a better shot. But the issue with using the digital zoom is as soon as you view your photo on a screen bigger than your phone, the quality drops considerably. So to avoid any disappointment, zoom no more.

Book your Tiny House holiday and start capturing that incredible night sky on your smartphone.